The Justice Alliance is a group of superheroes that came together during a crisis to save the world.

When Darkseid and Thanos brought their ancient quarrel to Earth, Superman arrived on the scene along with Batman, Aquaman, Hulk, Captain America, Wonder Woman, Storm, Iron Man, and Thor. They fought the two cosmic gods and brought both of them down. Superman suggested the nine of them form a team. They all agreed and formed the Justice Alliance.

When Riddler killed Captain America the Justice Alliance took down HYDRA and only Riddler escaped. Wonder Woman fell into a state of depression, but Batman got her out of it. They fell in love and he proposed to her. She accepted and their marriage is planned soon.

Aquaman was forced to leave the Justice Alliance when his wife became pregnant again and Atlantis was close to another Civil War. He remained as a reserve member but spent most of his time in Atlantis.

Marriage of Batman and Wonder Woman[]

Batman and Wonder Woman got married and took a leave of absence from the League for their honeymoon. Superman, Thor, Iron Man, and Hulk realized they cannot keep the Justice Alliance going with only four of them. They decided to hold auditions for a new member.

Of all the auditions they had, Ms. Marvel was the only one that passed. They welcomed her to the team and she quickly became a respected member. Batman and Wonder Woman returned from their honeymoon and rejoined the team. Diana and Ms. Marvel quickly became great friends. 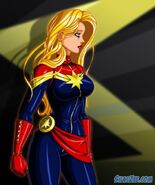 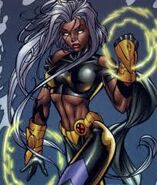